Waymo (formerly known as Google’s self-driving car project launched in 2009) stands for a new way forward in mobility [source – Google]. The basis of the project is to improve mobility for people by make driving much safer and time efficient. The onboard technology allows the vehicles to assess the road conditions and make suitable adjustments without the need for a driver at the wheel.

There is currently no publicly released smartphone application for this service as it is still going through further testing and development.

Help people to move between locations.

I considered whether it would be better to integrate the service into existing Google-owned products such as, Google Maps instead of creating a standalone application. The main reason for this is that you can already request services like Uber, Hailo and Gett all within Google Maps. Having said that, as soon as you tap on any one of those services, their apps are automatically launched. 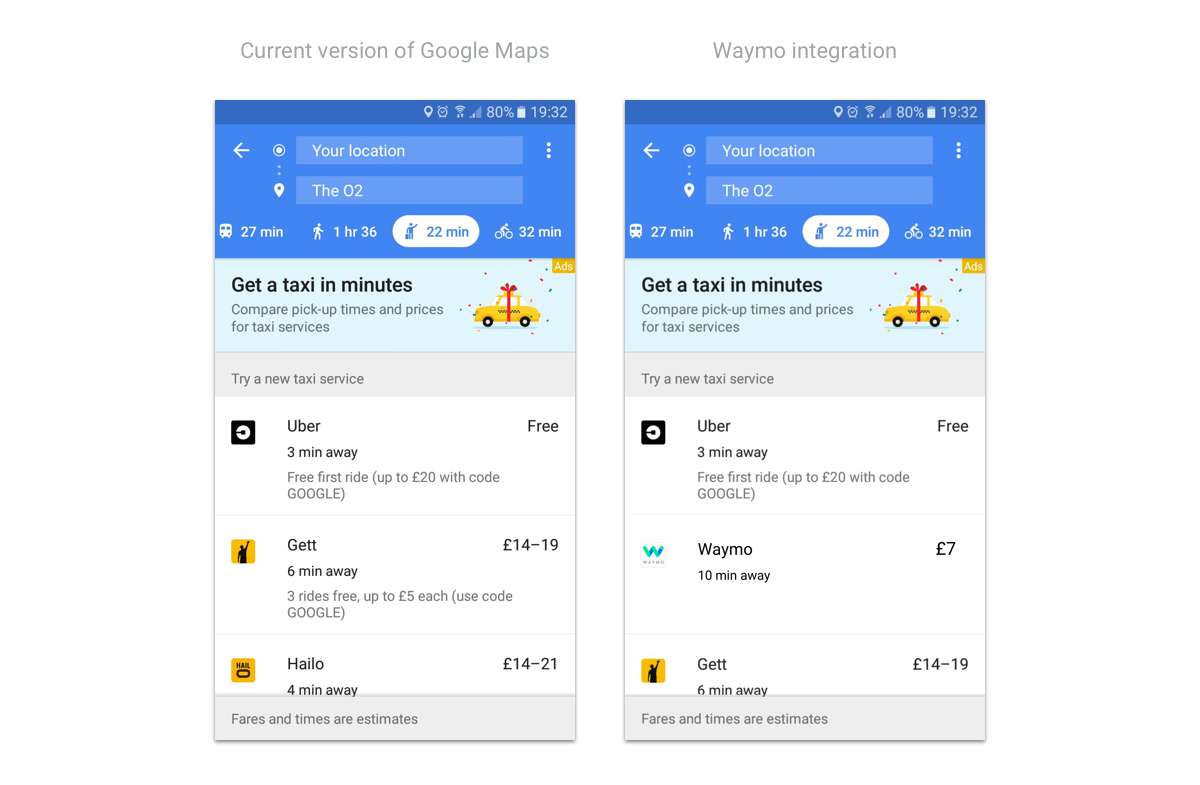 A lot of Google products either have mobile web apps or standalone native mobile apps: Search, Maps, YouTube, etc. Thinking ahead, creating a standalone app allows Waymo to exist as its own platform, with the ability to expand and add other features. 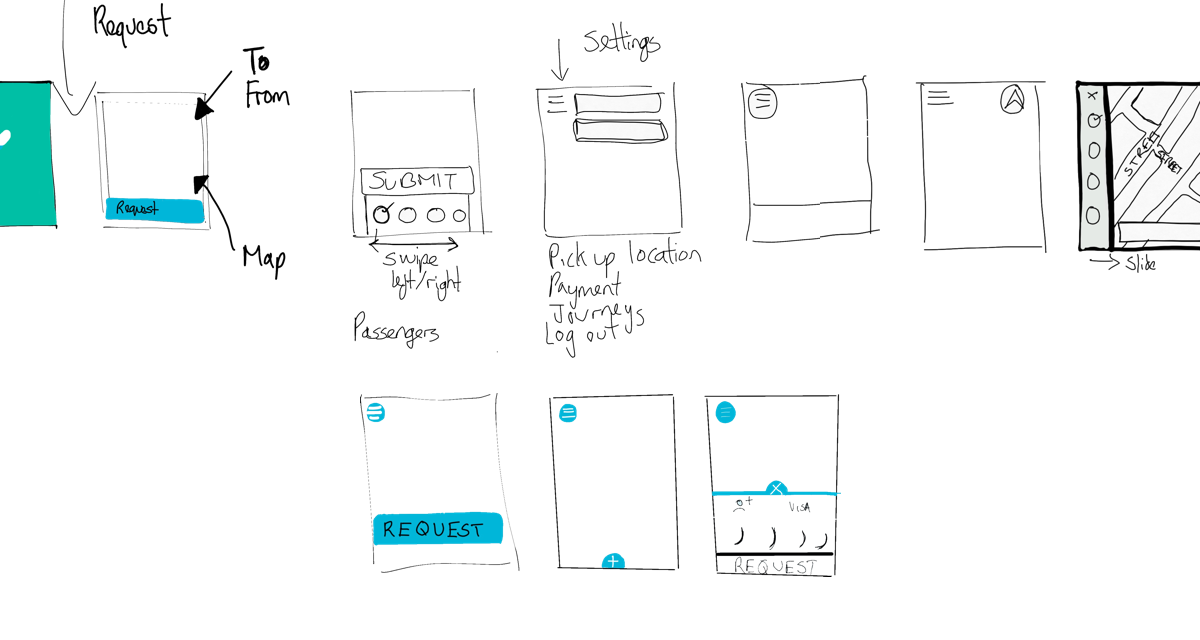 After identifying the user flow, a wireframe was produced which helped to uncover any usability issues: 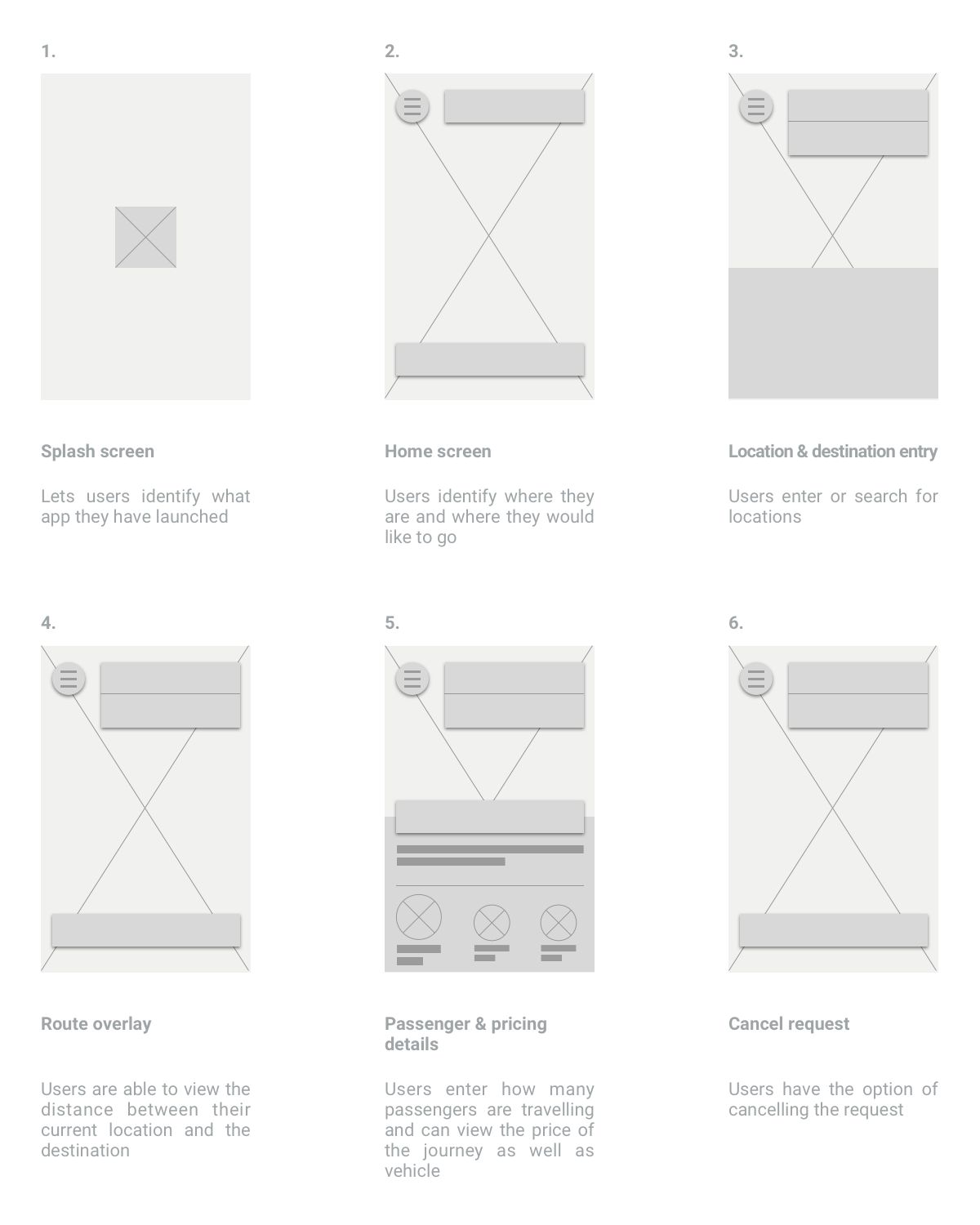 Referring to the Waymo colour scheme and Material Design guidelines, I experimented with different colours and layouts.

Initially the main app colour was set to green, however, it was too intense on the eyes – especially with white text.

Adjusting font sizes and colour opacities enabled specific parts of the app to be pulled into focus. For example, when a user is entering passenger and vehicle details, the map is darkened. This enables the user to be drawn into the information that is relevant to them at that specific moment.

As it is a Google product, users would benefit from being able to use the single-sign on. (One account. All of Google).

Could this be embedded with calendars? There are methods of setting up alerts for travel time, could there be an option to send a vehicle to be picked up at a certain time and provide status updates/notifications if there are going to be delays.

Perhaps there could be social aspects that allow people to share vehicles in a similar manner that people share trains, buses and coaches.

Companies could use these almost like shuttle services – if they have several people living in a similar area, could they use them as away of picking up employees to increase social interaction and develop relationships outside of the working environment.

Where does Google Home fit into this? Could users be notified when their vehicle has arrived if they are at home. Could other users be notified making them aware that people they care about are safely on their way. 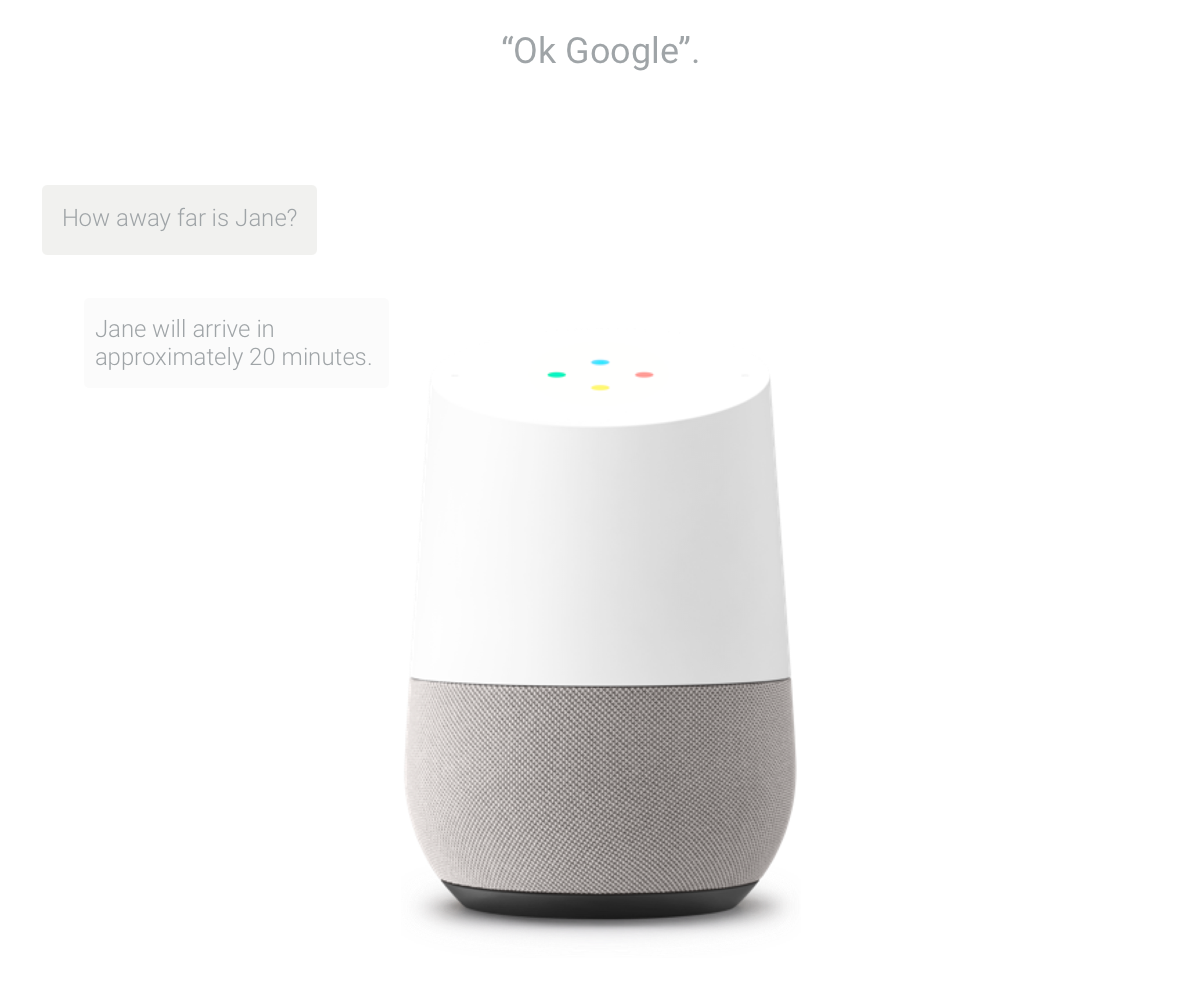 Is there a way of stopping the journey early – if traffic is really bad. How would that fee calculated?

And what about the next version of Google Glass? Where would that fit into this system?