Duolingo has always been an app that has impressed me. They have made learning a new language that much more interesting and fun by adding gamification to their app.

Duolingo Clubs is a feature that has been around for some time now but I haven’t paid much attention to it because I was focusing on completing the skills tree. Now that I have completed it, making the decision to join a club with some random people has been an interesting experience. 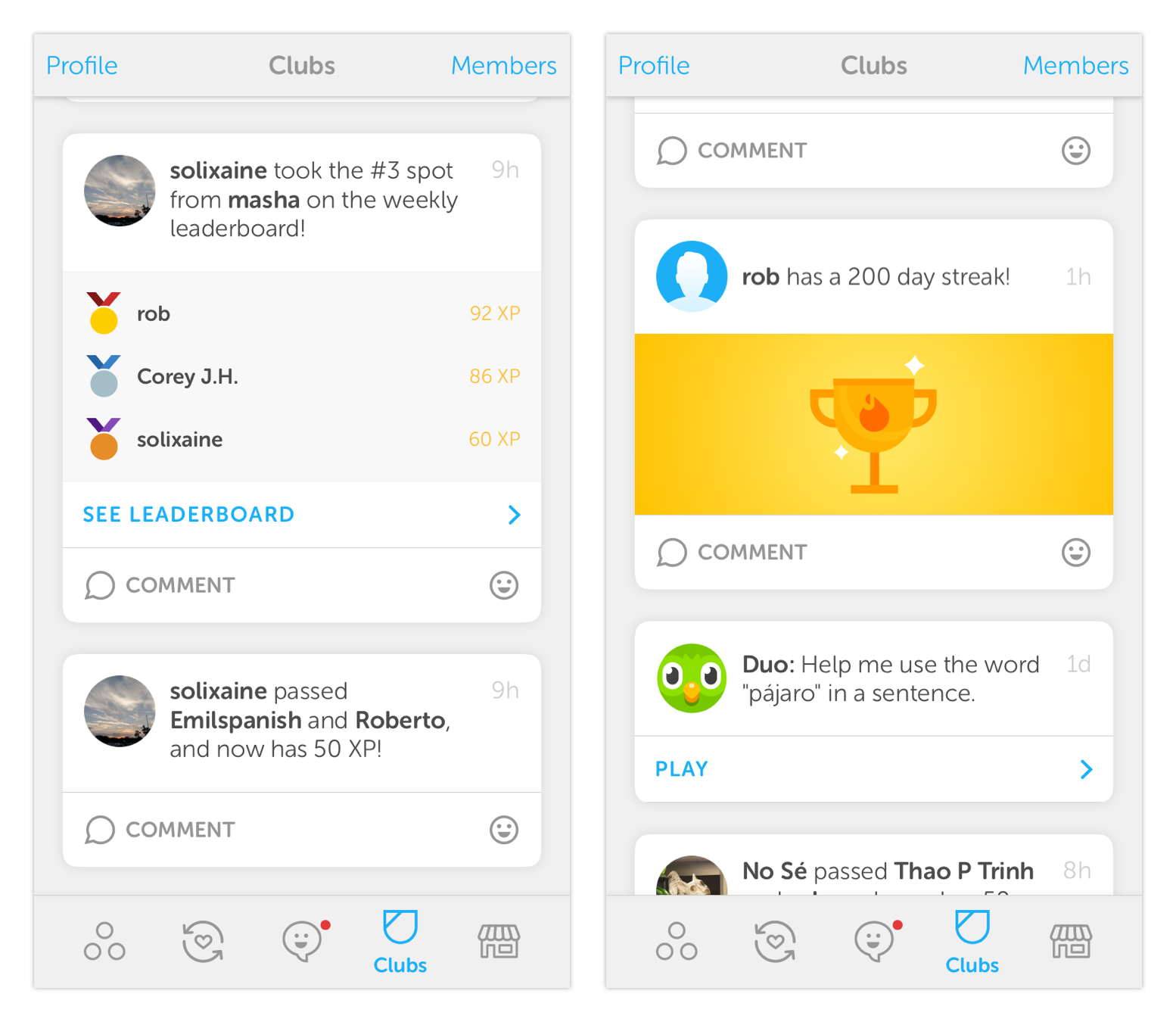 As someone who is naturally competitive, when I see a notification that says ‘x took the #1 spot from you on the leaderboard’ it really has forced me to open the app and complete some skills. The gamification of the app is fantastic, not only are you playing your way to get to the top of the leaderboard (despite there being no specific reward in doing so), you are also learning more vocabulary and sentence structures.

The maximum number of people in any given club is 15 which is a good number because there aren’t too many people that it becomes impossible to climb the ladder. You can even invite friends or start your own club.

There is not a lot of interaction between members in my current club which is a shame. The other thing which is slightly strange is not being able to view your group activity on the web too and maybe those are small things that Duolingo could work on, but for now it’s not too bad.

If you use the app and haven’t joined one yet, I’d strongly recommend it!